Home News All Why Do Golf Balls Have Dimples?

Why Do Golf Balls Have Dimples? 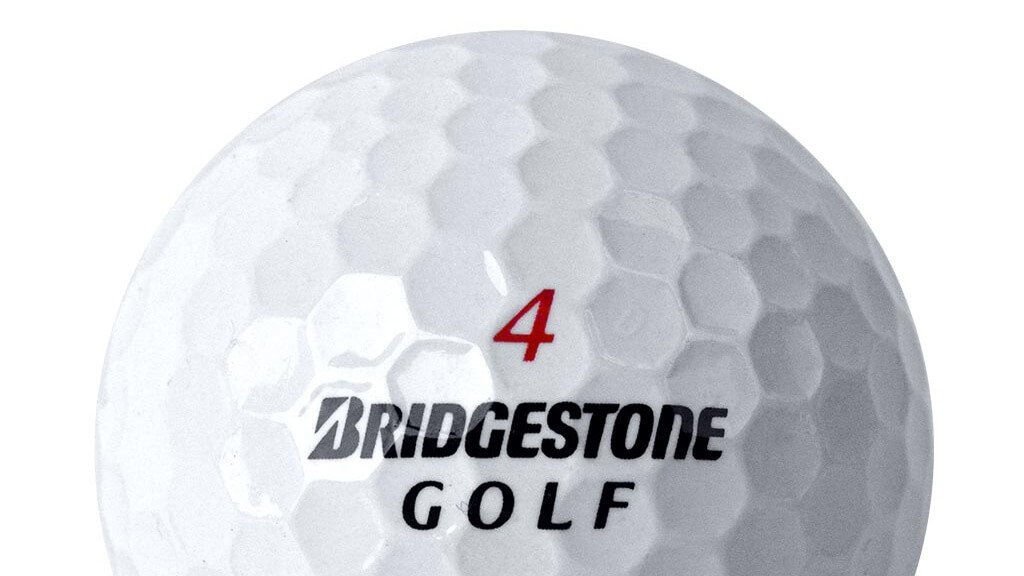 Engineers and scientists in the golf industry have studied the impact between a golf club and a golf ball to determine the ball’s launch conditions. The impact lasts just 1/2000 of a second, but it sets the ball’s velocity, launch angle and spin rate. After this brief impact the ball’s trajectory is controlled entirely by gravity and aerodynamics, no matter how much the golfer crosses their fingers. As a result, aerodynamic optimisation achieved through dimple pattern design, is a critical part of overall golf ball development.

At one time golf balls were smooth spheres, until players started noticed that their balls would fly truer and longer if they were marked through heavy use. From this realisation, ball makers started creating intentional defects in the surface to have a more consistent ball flight and so the dimple was born. A smooth golf ball hit by a professional golfer would travel only half as far as a golf ball with dimples does. Most golf balls have between 300 and 500 dimples, which have an average depth of about 0.010 inch. The drag and lift forces on a golf ball are extremely sensitive to dimple depth: a depth change of as little as 0.001 inch can create a significant change to the ball’s trajectory and the overall distance it can fly.

Dimples have traditionally been spherical in shape, but it is possible to optimize the aerodynamic performance of other shapes. There are golf balls on the market using hexagons, for example. Air applies a force on any object traveling through it. Holding your arm out of the window of a moving car will illustrate the effect of this. Aerodynamicists break down the force into two components: drag and lift. Drag acts to directly oppose motion, whereas lift acts in a direction perpendicular to motion (it is usually directed in an upward direction in the case of a golf ball).

As you rotate your hand in the air stream, you vary the amount and direction of the lift and drag forces acting on your hand. A moving object has a high-pressure area on its front side. Air flows smoothly over the contours of the front side and eventually separates from the object toward the back side. A moving object will also leave behind a turbulent region where the air flow is fluctuating or disturbed, resulting in lower pressure behind it. The size of the wake affects the amount of drag on the object.

Dimples on a golf ball create a thin turbulent boundary layer of air that clings to the ball’s surface. This allows the smoothly flowing air to follow the ball’s surface a little farther around the back side of the ball, thereby decreasing the size of the wake. A dimpled ball thus has about half the drag of a smooth ball. Dimples also affect lift. A smooth ball with backspin creates lift by warping the airflow such that the ball acts like an airplane’s wing. The spinning action makes the air pressure on the bottom of the ball higher than the air pressure on the top; this imbalance creates an upward force on the ball. Ball spin contributes about one half of a golf ball’s lift. The other half is provided by the dimples, which allow for optimisation of the lift force.

This entry was posted in Uncategorised, All
7 Hole in One Golf Shots
Previous Post

7 Hole in One Golf Shots 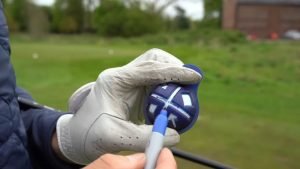 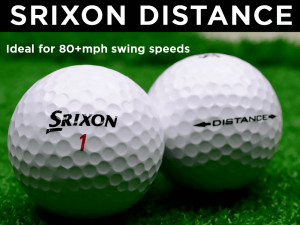 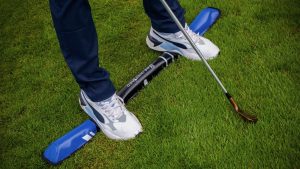